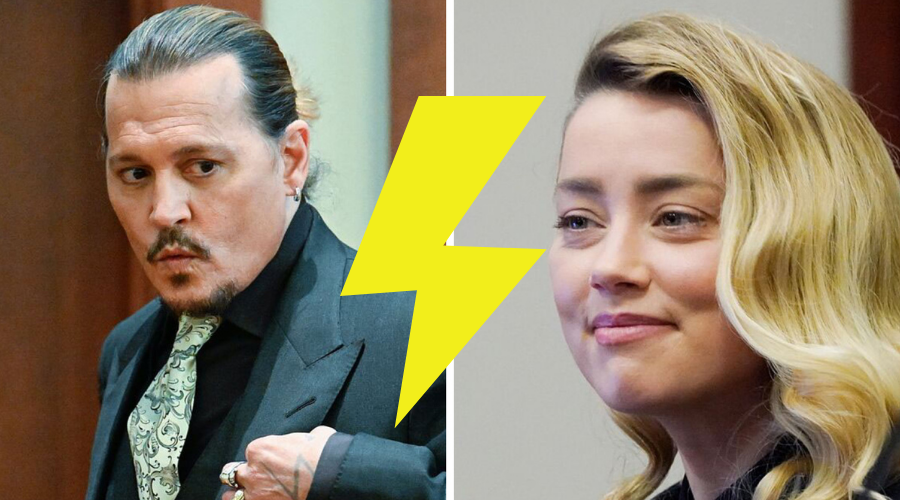 Johnny Depp Amber Heard : Fight between famous actor Johnny and Amber Heard is on the rise. Accusations against each other are mounting and new revelations are being made day by day. There is something amusing about the relationship between Johnny Depp and Amber Heard.

Johnny is a Caribbean movie actor. Johnny Dipp starred in the Pirates of the Caribbean movie. Johnny Depp and Amber first met in 2009. A few years later, they got married in 2015. But the marriage did not last long and in 2016 Amber Heard filed a case of assault on her husband and filed for divorce. Johnny then denied the allegations and divorced in 2017.

The relationship between Johnny and his ex-wife is nothing special. The case between them has been going on in the court for a long time. Johnny had once filed a defamation suit against his ex-wife. Johnny Depp and  Amber divorced in 2017. But there is still a case between the them. Johnny recently made disgusting allegations against his wife(Amber Heard).

Johnny’s wife said her husband was physically torturing her. And was also seually abused by them. She further added that once Johnny pushed a bottle of liquor into his private part, When they went to enjoy the holidays. Johnny also accused his wife( Amber) of physical torture. Johnny said his finger was cut off when his wife threw a vodka bottle at him, Which caused Johnny a lot of problems.

Depp’s testimony has drawn to an end and new witnesses will be called on this week.

Johnny and Amber got divorced in 2017 but they are still blaming each other. Whose trial is ongoing in the US. But their fight is not over yet. The accusations against each other continue unabated.